YMCA NSW shares how introducing Xref for online reference checking has helped them to reduce their average reference turn around time to 30 hours.

It takes, on average, just 30 hours to turnaround references.

The average number of words generated per reference is 307.

45% of references are completed outside traditional business hours.

YMCA New South Wales is part of a federation of YMCAs around Australia and my recruitment team is responsible for hiring staff across every role in the organisation - from cleaners to gym instructors, educators, and executive level.

We're a child-friendly organisation and we do a lot of compliance checking before hiring someone to join us. We have a really strong commitment to safeguarding - it's in our organisational DNA.

We run recreation centres and camps, as well as before and after-school care and vacation cares so we tend to hire a lot of young people and one of our biggest challenges is employee turnover because a number of our employees are at a stage in their lives where they're trying different things.

Previously, we were conducting phone-based references and ended up playing a lot of 'phone tag' with referees. We had cases where it would take us 20 attempts to get hold of a referee.

I'd been a referee via the Xref platform so I was familiar with it. I had also spoken to a couple of contacts who talked about the value of Xref in terms of the efficiency it offered.

But the real catalyst for change was a child protection issue. I was called in to help investigate a potential red flag in a new hire. We analysed the references that had been taken and while, on paper, we had followed every step, we hadn’t exercised any sort of depth.

The central recruitment function at YMCA was only about 12 months old when I came into the team. We had had a series of consultants and had been hiring contractors, so we didn't have a lot of stability in the recruitment team. With lack of stability comes lack of quality.

Often, the quality of reference checks was appalling, with just one and two-word answers recorded. People were ticking boxes rather than examining information.

What was your brief for Xref

I think reference checking is important to every recruiter. But we need to be as diligent as possible in our vetting and screening because our employees work with children, young people, and vulnerable adults. It's critical that we get it right.

You can put any number of steps into your process, but reference checking is the first opportunity that you get to hear about a candidate in someone else's words. It's the first time you introduce a third party to the conversation that, up until then, has been between just you and the candidate.

So we needed a system that would offer us the insights we were looking for and the efficiency we needed to minimise any delays in the recruitment process.

My team love me for introducing Xref! The amount of time it has saved them in terms of chasing up referees, and just the speed at which we can complete someone's pre-employment check, is fantastic. It's freed them up to add a lot more value at the front end of the recruitment process. They can now spend more time with hiring managers and be more consultative.

The majority of our reference checks are done out of hours, and I think that's one of the main benefits. If you allow a referee to complete a reference in their own time, you significantly reduce the turnaround time. Our average turnaround time used to be a week and we have now got that down to 30 hours.

Security assurance has also been a big benefit to us. Those of us who do reference checks know that we need to make disclaimers to referees about privacy legislation and how their feedback can be shared. I often find recruiters skip this step when they're doing vocal reference checks, as they're cutting corners to complete the process quickly. With a written form, that's delivered in the referee's own words, you can guarantee that they've actually read and understood the terms.

But despite the online, tech-based platform, there is also still a lot of personal touch with Xref. I think often people's initial concern is that it feels impersonal to be doing it online, but when you start to do it, and you see that you've got the human support from the Xref team, you feel reassured.

We have a very good relationship with Xref, it's almost like having another member of the team. Xref is a really good partner in our recruitment process and another party that helps us get better hiring results. It has provided us with another string to our bow to help us do it better. 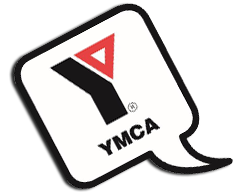 How Clemenger Group find consistency and ease through reference checks